There is a popular theory that women live longer than men. Some argue it’s because women are shorter than men. So, do tall people die faster?

So, the answer to whether taller people die faster or not is neither here nor there. You’ve to factor in the conditions, and they will form the basis of my discussion.

Moreover, I’ll talk about living healthy, which is important in living longer, regardless of height.

But first, let me share about a few notable tall personalities who left us too soon. 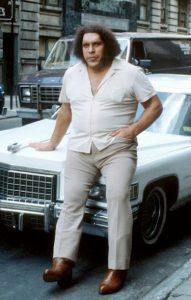 When Robert Pershing Wadlow, the 8’11” American who held the record of the tallest person in the world, died at only 22, the world was left tongue twisted.

Neil Fingleton, the 7’7″ actor from the Game of Thrones series, also died at age 36. That led to many speculating that taller people are likely to die younger.

In the basketball world, people like Moses Malone and Darryl Dakins have all died younger. And in the wrestling world, French professional wrestler Andre the Giant (2.24m tall) died at only 46.

So, is their death anyhow related to their height?

I answer that below.

Do Tall People Die Faster?  What to Know:

Generally, taller people have higher levels of the growth hormone IGF-1 and insulin, and the two make them susceptible to some chronic illnesses, resulting in a shorter lifespan.

There is also the aspect of their stem cells running out quicker due to fast proliferation, translating to a shorter lifespan.

On the flip side, taller people are likelier to exercise more and keep fit and thus likely to live longer, as it’s the case of most basketballers.

Let’s look at what science says about height and human lifespan.

According to the World Cancer Research Fund, an extra 4cm increase in one’s height can improve the risk of the following types of cancers:

Research shows that taller people have more growth cells, and thus the risk of cancer spreading is much higher.

I talked about Robert Pershing earlier on, the 8-footer who previously held the tallest person in the world. His death at only 22 was related to a condition known as hyperplasia (increased growth hormone on the pituitary gland).

So, that clearly shows that an increase in the growth hormone or cells, as it’s the case of taller people, can increase the risk of cancer.

The pituitary gland, responsible for secreting hormones like insulin, can develop potentially harmful tumors due to growth spurts, resulting in excessive secretion of growth hormones.

The condition is termed gigantism and is what the famous wrestler Andre the Giant (7’4” tall) died from.

According to Live Science, cancer has a better chance of spreading on bigger organs than smaller organs. And since taller people are likely to have bigger organs, they are more susceptible to cancer.

In that case, taller men are likely to die from cancer than taller women.

This is one area where being tall is a blessing in disguise. According to studies, taller people are less prone to heart conditions and diabetes, especially type 2.

It’s suggested that the taller you are, the more likely you are to exercise, and so the chances of keeping your heart and body healthy are much higher.

According to multiple studies, taller men are more likely to suffer from venous thromboembolism (VTE) (or clotting within the vessel) than average height guys.

Take an example of a tall person taking a flight. Since they are unable to frequently and freely move their legs, the chances of blood clotting are much higher.

Though death by VTE is not common, it could occur if the clot gets to the lungs, kidney, or brain.

Besides, taller people have bigger organs, and that means the chances of clot-forming due to an injury are much higher compared to shorter guys.

While tall people die earlier by cancer and venous thromboembolism, they are likely to live a healthy and fitter life.

Taller people are likely to be leaner and, therefore, more likely to exercise because of their long muscles. Other studies suggest that taller guys are likely to smoke less and generally have lower cholesterol and blood pressure than shorter people.

In that case, taller people are less likely to die from stroke or any other cholesterol-related disease.

So, Do Tall People Die Younger? Comparing the Above Studies!

Three things stand out from our above discussion:

So, the generalization that tall,er people die younger than shorter people or vice versa doesn’t paint the actual picture.

One thing, however, stands out – one can reduce the risk of premature death by living healthily.

Get rid of those stubborn fats and eat healthily. Moreover, go slow on alcohol and stop smoking to reduce the risk of premature death.

How Can You Lower the Risk of Premature Death When Tall?

Given that studies show the relationship between death and height, what can you do not to die prematurely because of your height?

Since taller people are likely to work out more, you should take advantage of your genes and longer muscles and get into shape.

If you do it, then you’ll boost your chances of survival. Of course, that’s against health conditions like cancer that tend to take away the lives of taller guys prematurely.

Staying healthy also means going slow on alcohol and quitting smoking. As it’s well known, too much alcohol causes liver damage, while smoking is a primary cause of cancer.

The two (liver damage and cancer) are two leading causes of premature death. So, avoiding them gives you a better chance of survival.

When it comes to working out, you’ve to lower your weight. I’ll refer to Robert Pershing again here. The 8 foot American was not just giant-tall but also heavier (he weighed 220kg).

So, his weight didn’t help his height, which is why he left us too soon.

1. Do You Die Faster If You Are Taller?

Studies show that taller people are more likely to succumb to cancer than shorter people. That’s because taller people have more growth hormones which enhance the quick spread of cancer.

On the flip side, taller people are less likely to die from cancer or diabetes.

Height has contrasting effects on lifespan. Tall people die younger from cancer for having more growth hormones and large organs.

However, they are less likely to die from stroke and heart disease because they are likely to be leaner and work out more.

Skinny people are less likely to die from cholesterol-related conditions, stroke, and heart disease. That, however, doesn’t exempt them from cancer, as the taller you are, the likelier you are to succumb to cancer.

Leaner people are less likely to die from heart disease, diabetes, stroke, or other cholesterol or high-sugar-related conditions. That’s why it’s important to keep fit.

The healthier you live, the likelier you are to stay away from life-threatening conditions.

5. How Many Years Does A Human Live?

It’s suggested that the human lifespan is 80 years. But overall, the number of years that one lives depends on how healthy they live and how lucky they are to avoid accidents and other death causes.

From our discussion, there is no definitive answer to this question.