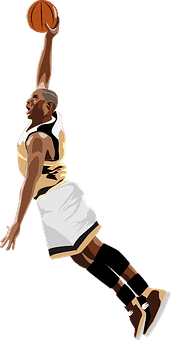 To Basketball players, height has always been a great advantage. Some of the players, who have had a long fruitful career in the NBA (the most popular and competitive basketball league ever witnessed), are tall.

Among women, Britney Grinner who is 6 feet 9-inch-tall, was confirmed the tallest woman in the WNBA on June 17, 2018.

Resultantly, many have achieved an incredible wealth of fame. A slight flashback, in the recent past, an amazing host of tall players dominated the NBA.

Formerly, Gheorghe Muresan; a Romanian retired professional basketball player who played between 1993-2000, topped this list. At 7 feet 7 inches (2.31m), he set a record of the tallest NBA player to ever play in the NBA leagues.

Another giant who attempted to clinch this title is Manut Bol. With an amazing height of 7 feet 7inches, the Sudan-born American comes in second position.

He was able to secure high blocks than scored points. This got him in the world’s Guinness book of records in his career between 1985-1996.

In this list also was the Montenegrin professional Basketball player Slavko Vranes.

At an amazing height of 7 feet 6 inches, he earned a title of the third tallest basketball player. Other outstanding players whose exceptionally tall size left a mark in the NBA leagues are Shawn Bradley and Yao Ming who are tied at 7 feet 6-inch height.

One question that may linger in your mind is how or why these guys grow to such heights. Is it the normal kind of growth? Well, the truth is that it might have resulted from excess production of the growth hormone by the pituitary gland.

This among many other scientifically proven reasons may enhance growth specifically of the jaw and long bones of the arms and legs..

Who Is The Tallest Player In The NBA Right Now?

He is not just remarkably the topmost basketball players in Europe but currently, he is the tallest.

Born on August 15, 1988, in Zajecar, SR Serbia, Boban went to Megatrend Univerzitet. His basketball career that he began when he was considerably young got him in the eyes of the public.

Boban, who is the tallest player in the NBA right now, began playing for Hemofarm when he was a teenager between 2005 and 2010. After a short while, he was given a golden opportunity to play for CSKA Moskow where he only stayed shortly before he went to play the Serbian league with Mega Vizura.

In 2015, Boban got a hot deal worth over a million dollars with San Antonio Spurs for one year. It is also revealed that he got another hot deal worth $ 21 million in 2017 with the Detroit Pistons. He played for the three seasons of the year.

He earned himself a gold medal at the 2007 FIBA under 19 world championships.

Well, Boban Marjanovic, the tallest active NBA player did not actually marry the tallest woman on earth. Surprisingly, he got happily married to Milica Krstic. One wonder is that Milica is whooping two feet shorter than her 7 feet 3-inch husband.

The duo is said to have united in 2014 after a six-year courtship. They did colorful weddings after staying together for a while. The first wedding took place on July 3, 2014, at the beautiful Mexican beach and the second happened 10 days later in Serbia.

Their marriage has luckily been graced with two sons Vuk and Pera.

What are his Hand Size, Ears Height, and Weight?

questions about his size. To be particular, his hands, and ears. Boban Marjanovic, who is undoubtedly the tallest guy in NBA stands among the fifteen tallest.

At a height of 7 feet 3 inches, he exceeds the average height of men playing in the NBA. The NBA’s current star has a weight of 290 lbs which is 131.5kg. What may shock you is that this most popular NBA star wears shoes of size 20.

Well, this would actually mean that he has to order some custom-made shoes because such shoe sizes might be rare.

His hands stretch to an alarming size of 14 inches (35.56cm). Could this earn him the title of a man with the largest hands in the world?

It’s amazing to learn the tallest NBA players in history. Perhaps you might have heard of a few but in case you haven’t, this information will get you there.

Top in the list is Geoghe Muresan who is the tallest NBA player of all the time. A Romanian player with an alarming height of 7 feet 7 inches. He rocked the NBA leagues alternating between the Washington Bullets and the New Jersey shortly from 1993-2000.

He had the unique ability to garner 14.5 points, almost 10 rebounds as well as 2.3 blocks per game in 29 minutes. This earned him a title of the most improved player in 1996.

Manute Bol comes second in this list of the top 10 tallest NBA players. At an incredible height of 7 feet 7 inches, Manute Bol enjoys great popularity due to his uncommon height coupled with a charming personality.

The NBA star had a unique ability. This earned himself a name as the greatest rim protectors of all time as well as one of the first bigs known to protect and stretch the floor with 3-point shooting.

On the basis of size, Shawn Bradley is the third tallest player in the NBA. He is popularly known for the extreme height of 7 feet 6 inches. However, he was active in the NBA for only 12 seasons.

He became popular due to his unique defense tactics, averaging 3.3 blocks per game in his first seasons.

Fourth in this list topped by Gheorghe Muresan, who is the tallest basketball player is Yao Ming. An NBA star with an outstanding height of 7 feet 6 inches.

When he started playing for the Houston Rockets, Yao Ming won a global appreciation of basketball. His extreme height kept people wondering “Where on earth does he shop for clothes?”

Another one is Sim Bhullar. Coming fifth after Yao Ming, Sim Bhullar has an incredible height of 7 feet 5 inches. He is reportedly the only active and youngest player in this list.

He is recorded to have participated in the D-league, between Reno and Toronto in his two professional seasons.

Also on this list is Chuck Nevitt. He is the sixth tallest NBA player after Sim Bhullar. At 7 feet 5 inches, Chuck didn’t possess enough competence in athleticism in addition to lack of skill.

Resultantly, he was listed by the TNT among the four worst players in the NBA. Quite unfortunate!

The seventh tallest player in the NBA is Pavel Podkolzin. He has an amazing height of 7 feet 5 inches. Despite him having an incredible height, Pavel didn’t attain the fame earned by his fellow NBA basketball players. But he deserves to be on this list of tallest player in NBA.

However, he was chosen as the 21st overall pick by the Utah Jazz which aroused high hopes for his success in the NBA.

He might not remain in people’s hearts since he only played a single game played for the Portland Trail Blazers. Nonetheless, this makes him fit in the list of NBA basketball players.

The ninth tallest player in the NBA is Mark Eaton. At the height of 7 feet 4 inches, he is one of the tallest NBA players in history. He is credited for playing for Utah Jazz for 11 years. He also enjoys the popularity of the winning defensive player of the year severally.

In addition, in his career, he was twice named to the NBA all-star team. He also enjoys the title of being the most defensive centers in NBA.

Last in this list is Rik Smiths. He stands at 7 feet 4 inches. Despite coming tenth on the list, Gheoghe Mureson who is the tallest basketball player in the world, is only 3 inches higher than him – that’s close, right?

Originally from Netherlands, he was credited as a great player.  Although he developed foot problems that became a major drawback for him and his career.

Facts have it that basketball was not dominated by tall men only, but also some exceptionally tall women. Some of the tallest women in the WNBA are listed below:

She is recorded as the all-time leader in blocks with a total of 877 in her career. At the height of 7 feet 2 inches, she is enjoying the popularity of being the tallest female basketball player in the world. She was definitely the best choice for Utah Starzz in 1998 where she played for 11 seasons.

This WNBA star caught people’s attention when she helped her team (China) win a Bronze medal in 1984 and a silver medal in 199 in four Olympic games.

Elizabeth was able to gain great popularity after playing five seasons in the WNBA. Shortly she was drafted by the Tusa shock with the 2nd overall pick.

She was also named to the WNBA all Rockie team in 2011.

With this amazing height, she earned herself an awesome title: the tallest female basketball player in UC Santa Barbara women’s basketball program.

Her exceptional height had given her great embarrassment as a teen. Her peers used to call her “ostrich”! However, this earned her the title of the tallest female player of the Russian basketball team as well as the fourth tallest player in the history of WNBA.

One wonder unknown to many about Britney is that she wears size 17 (men’s) shoes. Her arms span is 86 inches. She is the only player in NCAA to ever score 2000 points and block 500 shots.

Katharen’s height makes her the seventh tallest female player in WNBA. Due to her extremely long feet, she wears size 17(US)/ 53 (EU).

She was definitely the best pick for Liberty University claiming the title of the school’s tallest player.

Who Is The Tallest Teenager In The NBA?

The talk of the tallest NBA player right now in the teenager category has been flavored by Robert Bobroczky. The European teenager shockingly has an outstanding height of 2.26 meters. Being Europe’s tallest teenager, Robert has drawn NBA’s attention toward him.

He has also left many in the world wondering how he grows at an alarming rate of 10 cm a year.

His father Zigmond Bobroczky stands at a height of 2.17 meters. He is also a basketball player – it gets interesting, isn’t it?

He had the opportunity to join the Italian team Stella Azzurra Rome just recently. This is the team from which the big man Andrea Bargnani and who was the first choice in the 2006 NBA Draft came.

Over the years, the title for the tallest player in the NBA has been claimed by different people. However, among those who are inactive, there has never been any other than Gheoghe Mureson.

As a matter of fact, we cannot answer the question who is the tallest player in the NBA right now without mentioning Boban Marjanovic. He currently owns the title.

Unfortunately, this title does not come without challenges. To name a few, being branded with funny names such ostrich and also the hassle of relationships.

All said, being tall isn’t bad after all – it is something to be really, really proud of. Especially if you are a basketball player.